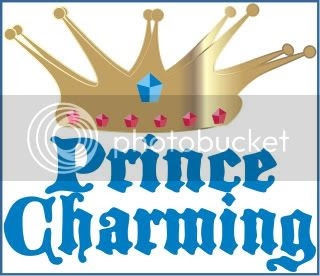 Being a grown woman with a failed marriage behind me and in a healthy marriage now, with children of my own, I am at a point in my life where I know exactly what traits Prince Charming should have in order to be MY Prince Charming. I'm happy to admit that my husband fulfills my Prince Charming requirements.

But what about my daughters? What have they learned from me about Prince Charming and what they should look for in him? And what have they learned about him from their peers and the media? Have I raised my teenage girls to be the confident and capable women that I hope they will be? Am I raising my younger daughters in a way that will teach them what to look for?

And just as importantly, what have my sons learned from me about what it takes to BE someone's Prince Charming? Will my lessons to them stick despite other outside negative influences?

I could add to the list, but basically, it all boils down to #1 - RESPECT. I want my sons to learn to respect the women in their lives and I want my daughters to feel respected and to know that they deserve to be respected.

Sometimes, with all of the outside influences and pressures that I know they face as they grow up, I know it can be an uphill battle, but if everyone teaches their children about respect, then maybe those outside influences will instead be influenced by the rest of us.

What do you hope your children, your little princesses and future Prince Charmings learn from you about how to treat one another?
Posted by Becky Fyfe at 11:25 No comments: